The history of the capital city began with the incarnation of the First Buddhist Leader “Bogd Gegeen”, intended by Mongol nobles to unite all the fragmented tribes under the religious inspiration.

In 1639, Zanabazar proclaimed The Head of Khalkha Buddhism and got the title of “Gegeen”.  A monastery was built for him at the Lake Shireet Tsagaan and was named as “Urga” which means “Palace”.  Zanabazar was an outstanding sculptor, painter, architect, poet, scholar, linguist and inventor of Soyombo script, which later became the national symbol of Mongolia.

As the monasteries of that time were mobile, the city was easy to be moved, so maybe, it was moved twenty eight times, and changed its name according to the place located.

Ulaanbaatar is the most moved and changed its name the city in the World!

Finally, in 1778, the city moved from Khui Mandal and settled at its current location: in the valley of Tuul River, among four sacred mountains: Chingeltei Uul, Bogd Khan Uul, Bayanzurkh Uul and Songino Khairkhan Uul.

In 1924, when Mongolia was declared as People’s Republic and The First Constitution was adopted, the city was named Ulaanbaatar or “Red Hero” to commemorate the revolution of 1921.

During the socialist period, Ulaanbaatar completely changed from “the felt covered city” to the city with Russian styled economy and mass production constructions designed by Soviet architects. The Ministry of Foreign Affairs, the State University, the Opera house, The Dramatic theatre, the State Library and a lot of monotonous five and nine story - apartment buildings are the results of construction during that period. At the same time, much traditional culture with over 800 monasteries were destroyed,  thousands of monks, even progressive young people in the field of science, education and politics were killed or sent to jails during the years of repression in the 1930-s.

After the democratic revolution in 1990, the capital city of Ulaanbaatar started its new stage of development. New hotels, restaurants, shopping malls and entertaining places have transformed the city into a thriving modern metropolis.

Now Ulaanbaatar is the political, cultural, industrial and transportation center of Mongolia, connected by highway to all province centers, by railway to the Trans-Siberian and Chinese railroad systems. This is really a city with contrastive reflection of Mongolia’s past and present history. 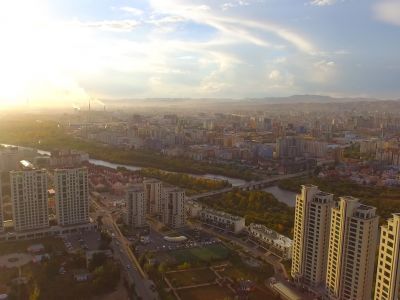